The 6th International Conference on Contemporary Education, Social Sciences and Humanities. (Philosophy of Being Human as the Core of Interdisciplinary Research)  was held on April 22-23, 2021 at Peoples' Friendship University of Russia (RUDN University) Faculty of Humanities and Social Sciences. The Conference was held ONLINE at platform TEAMS.

ICCESSH 2021 was jointly organized by

Faculty of Humanities and Social Sciences Department of History of Philosophy

The areas of conference discussion:

Philosophic sciences about the human being: historical, philosophical and modern perspectives.

Social, ethnocultural, inter-ethnic and inter-religious problems of modern societies. The role of the person in resolving social and ethnic conflicts. Conceptual substantiation of the trend towards postmodern societies.

Impact of the media and communication, information and simulation technologies on the person. The problems of the relationship between the subject and the computer, the person and artificial intelligence. Psychological and behavioral issues of Internet addiction.

Issues of modern education and the status of the person in the education process.

Civilization and global challenges to the modern human being and society. Ontological and gnoseological status of the human being in the context of the interaction of civilizations at present time.

After refereeing process, all accepted papers from ICCESSH 2021 were published by Atlantis Press (part of Springer Nature) on "Proceedings of the 6th International Conference on Contemporary Education, Social Sciences and Humanities (Philosophy of Being Human as the Core of Interdisciplinary Research) (ICCESSH 2021)". All articles in these proceedings were submitted for indexation in CPCI, CNKI and Google Scholar.

The video recording of the first day of the conference can be seen here: 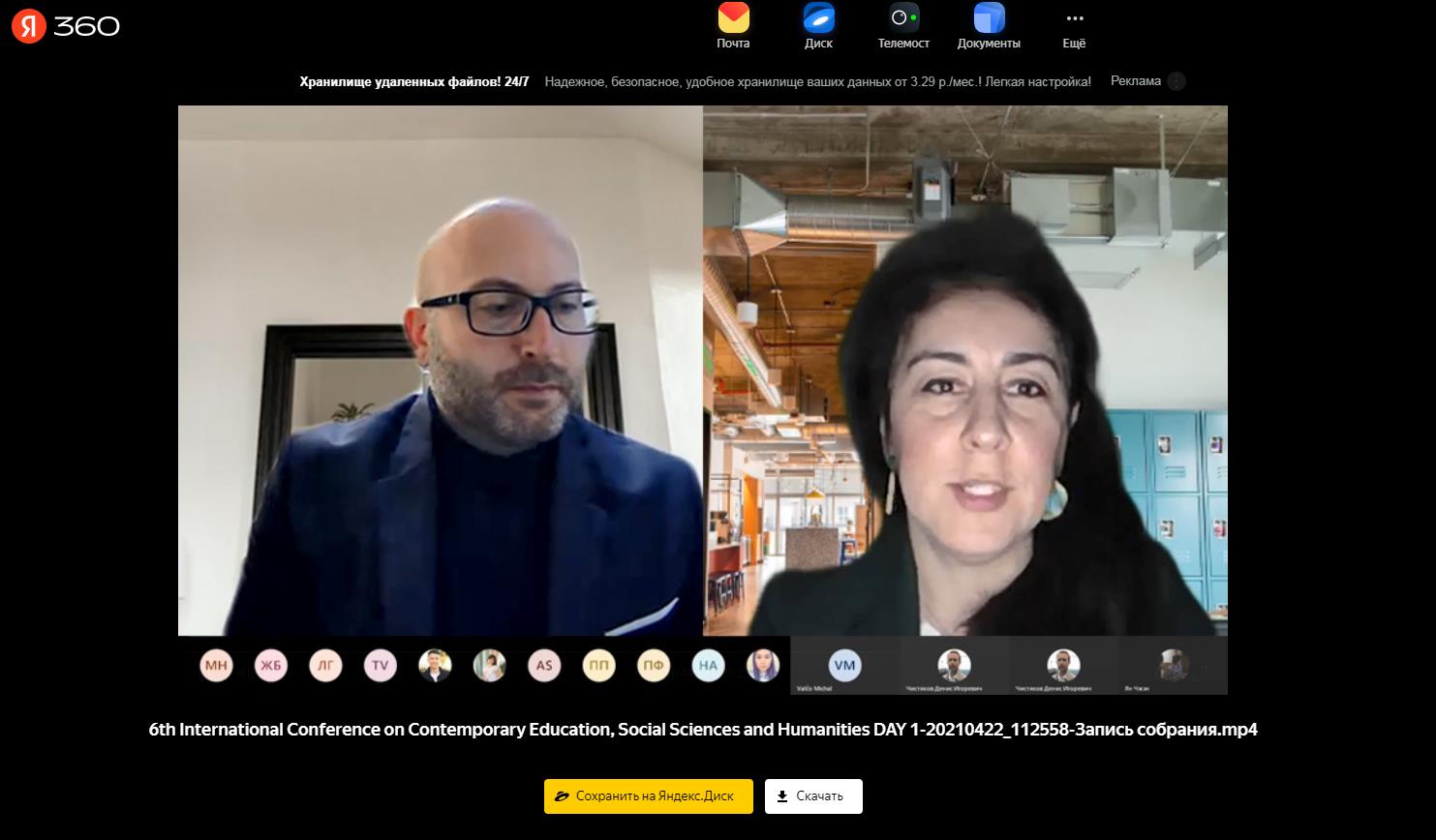